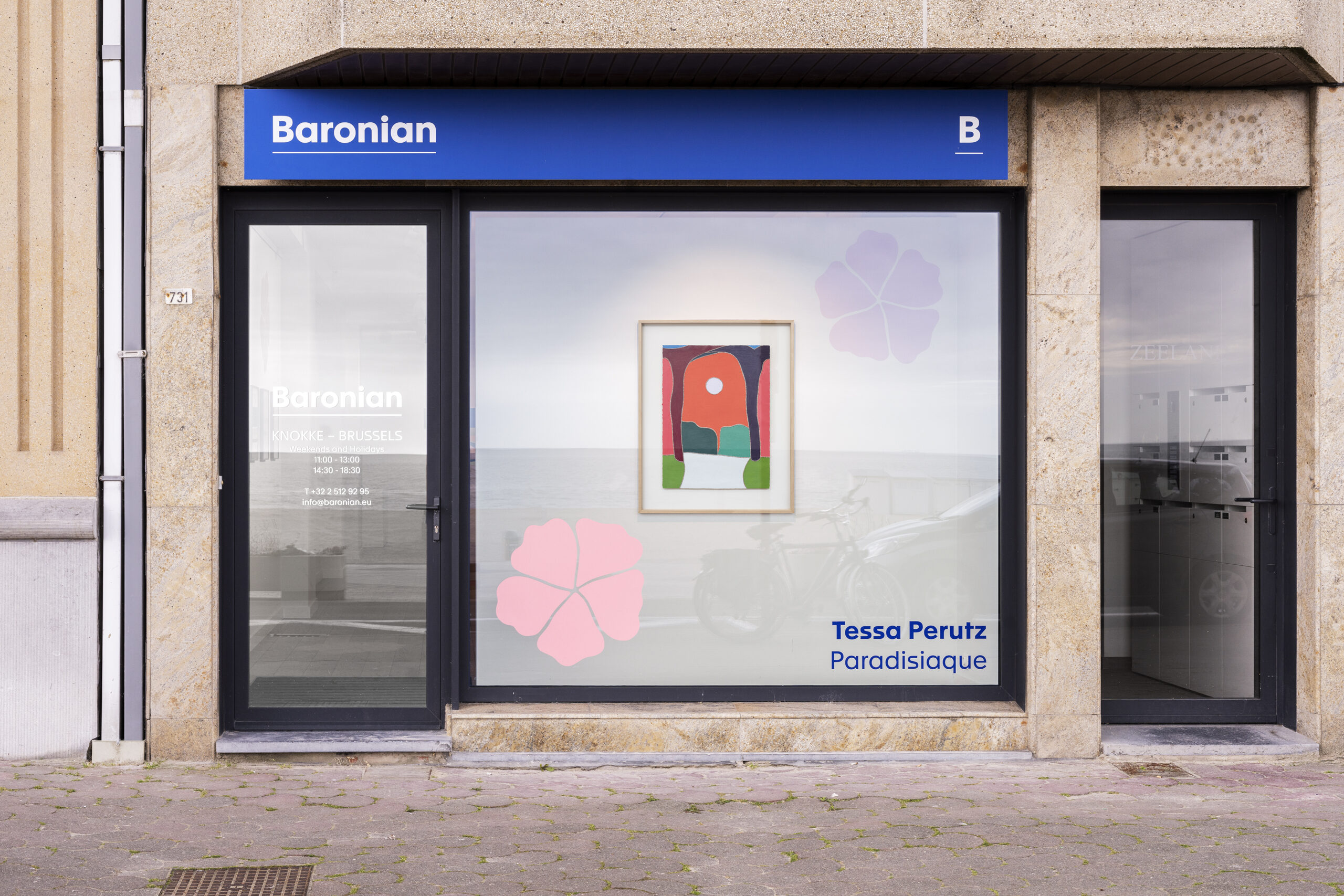 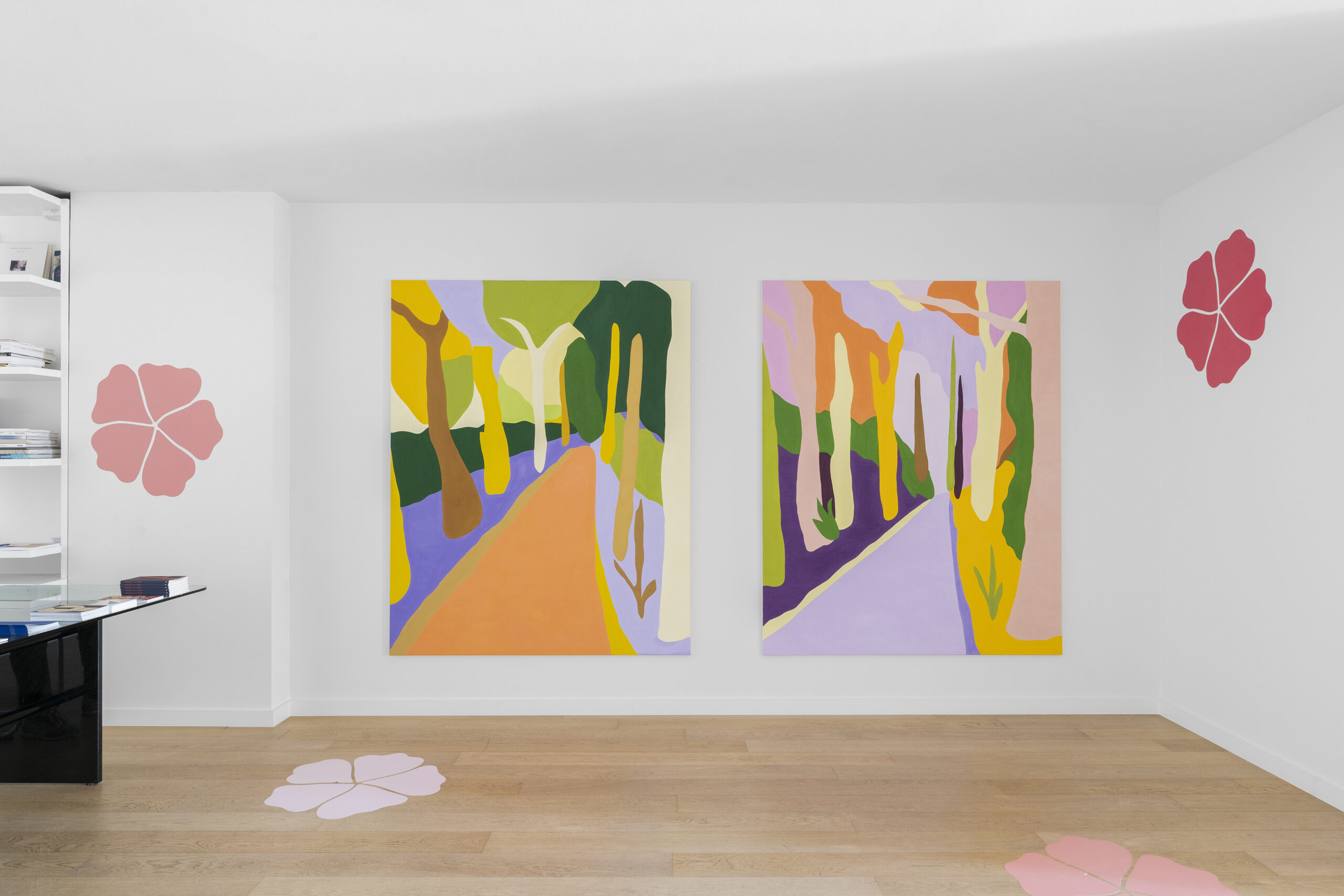 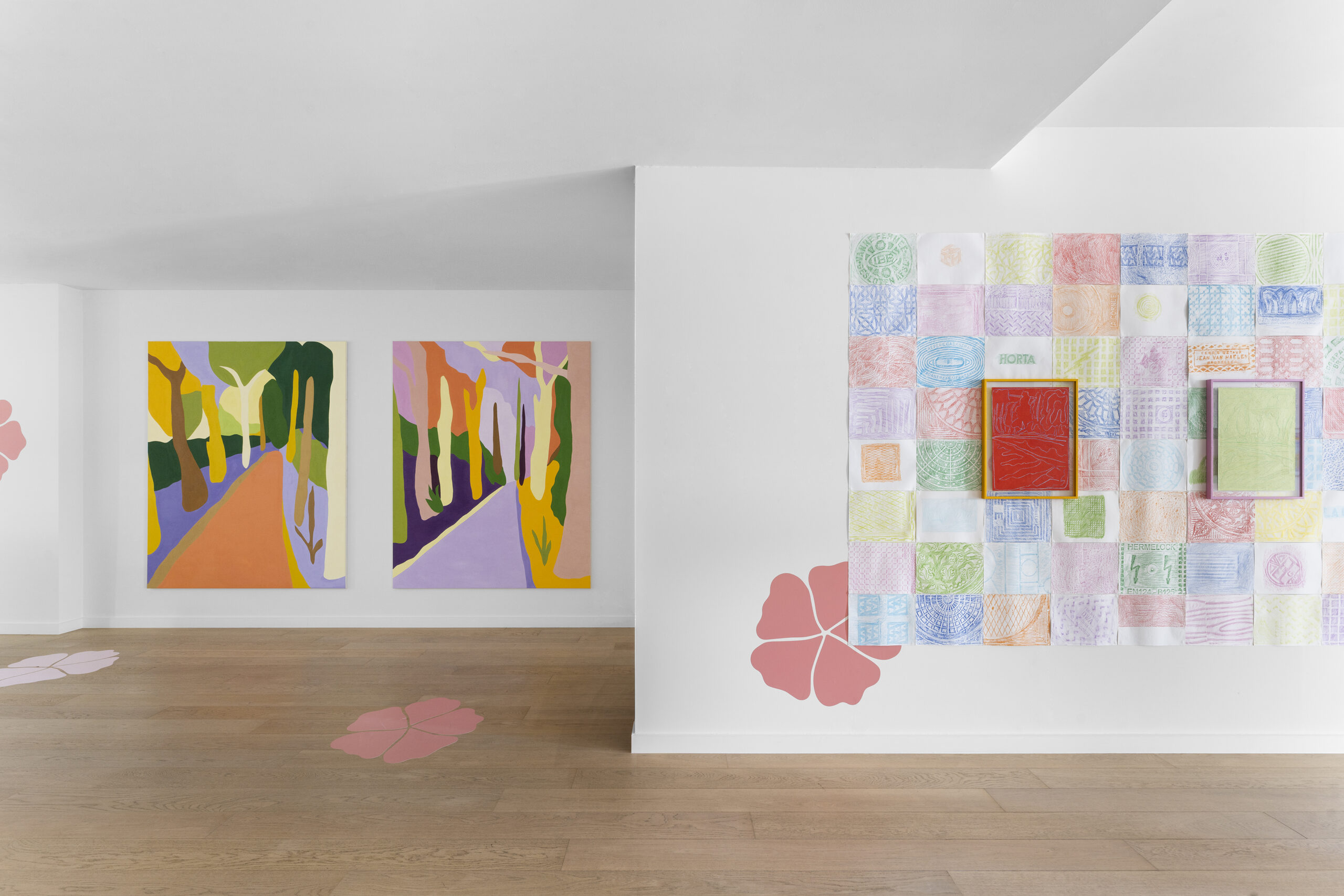 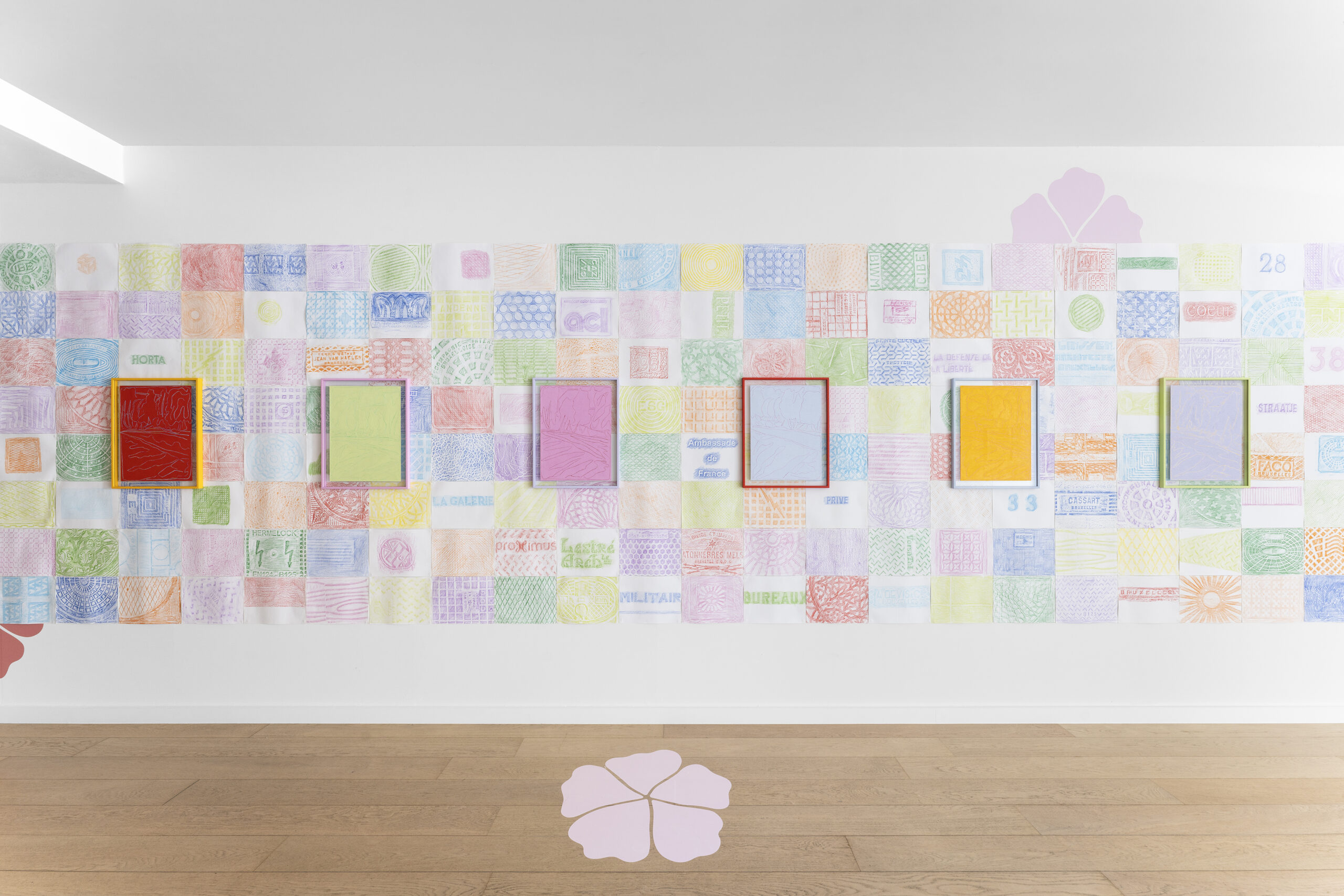 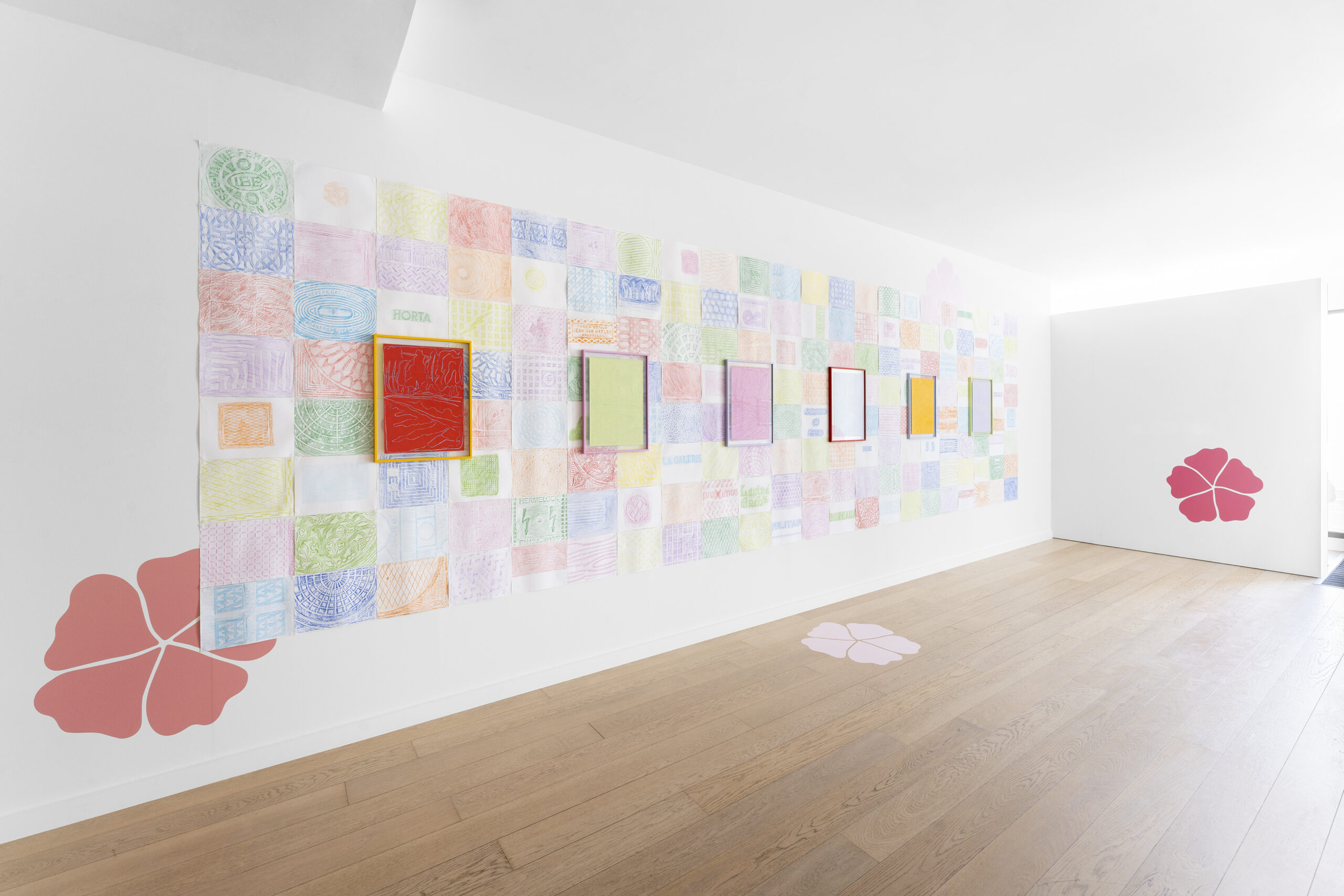 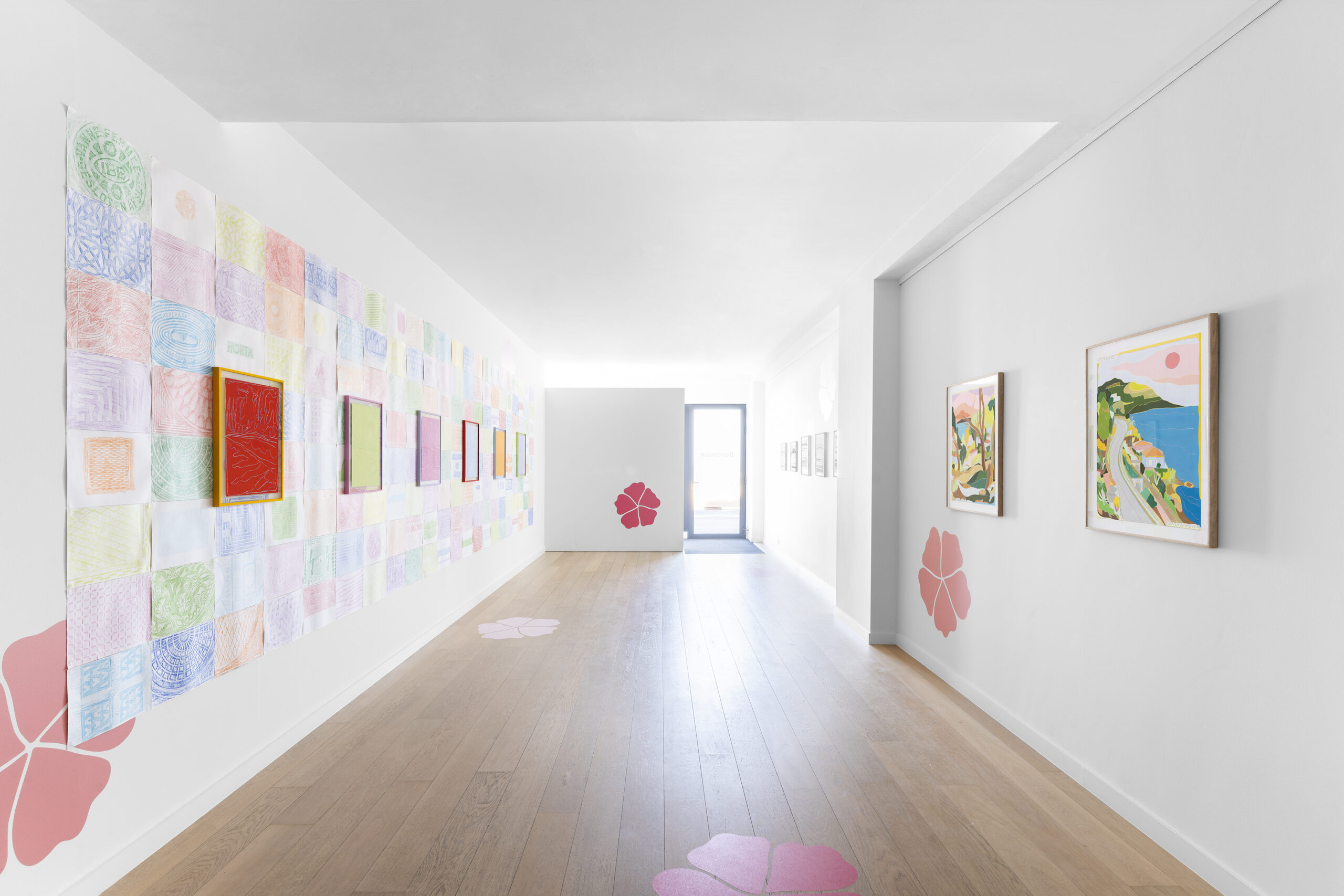 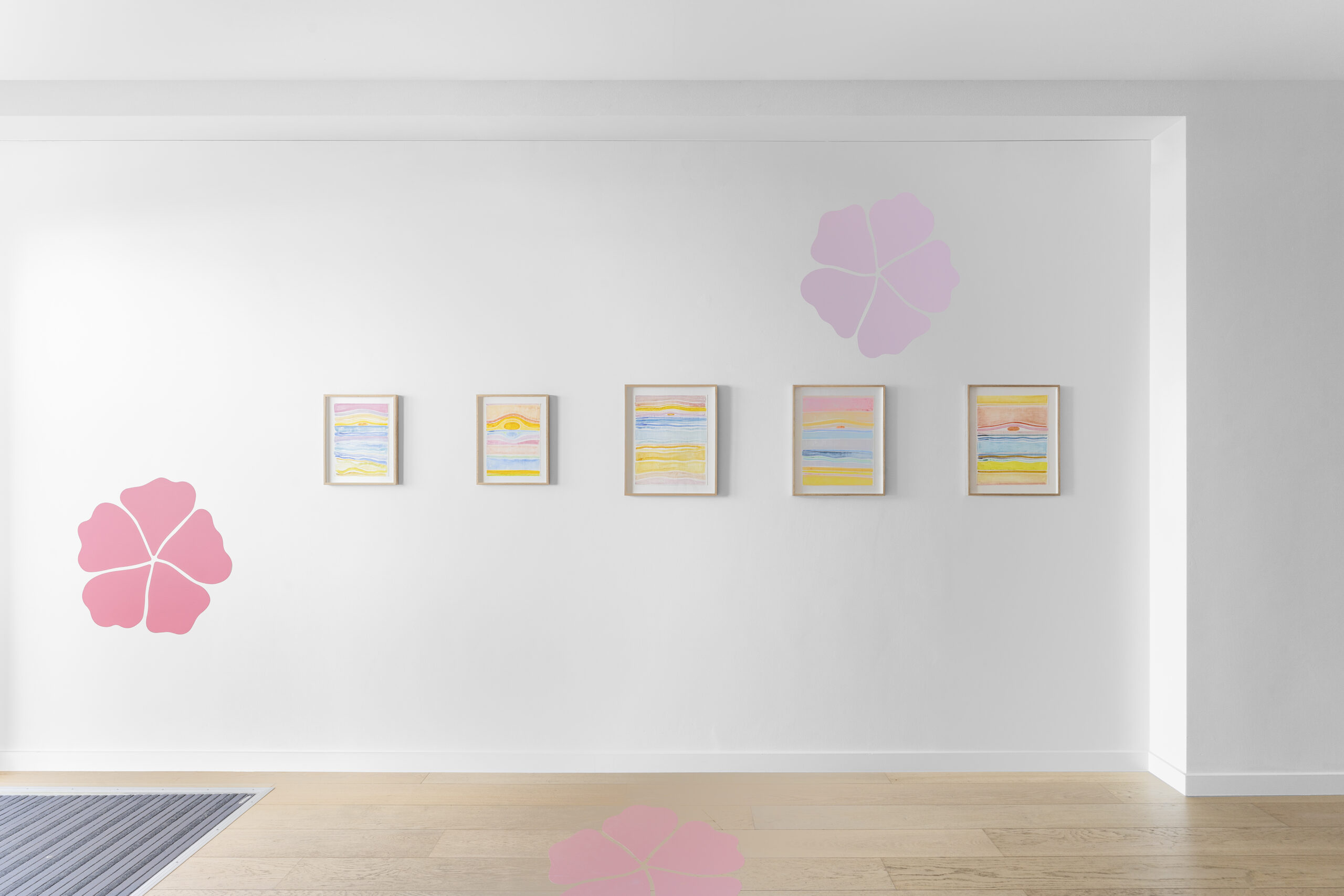 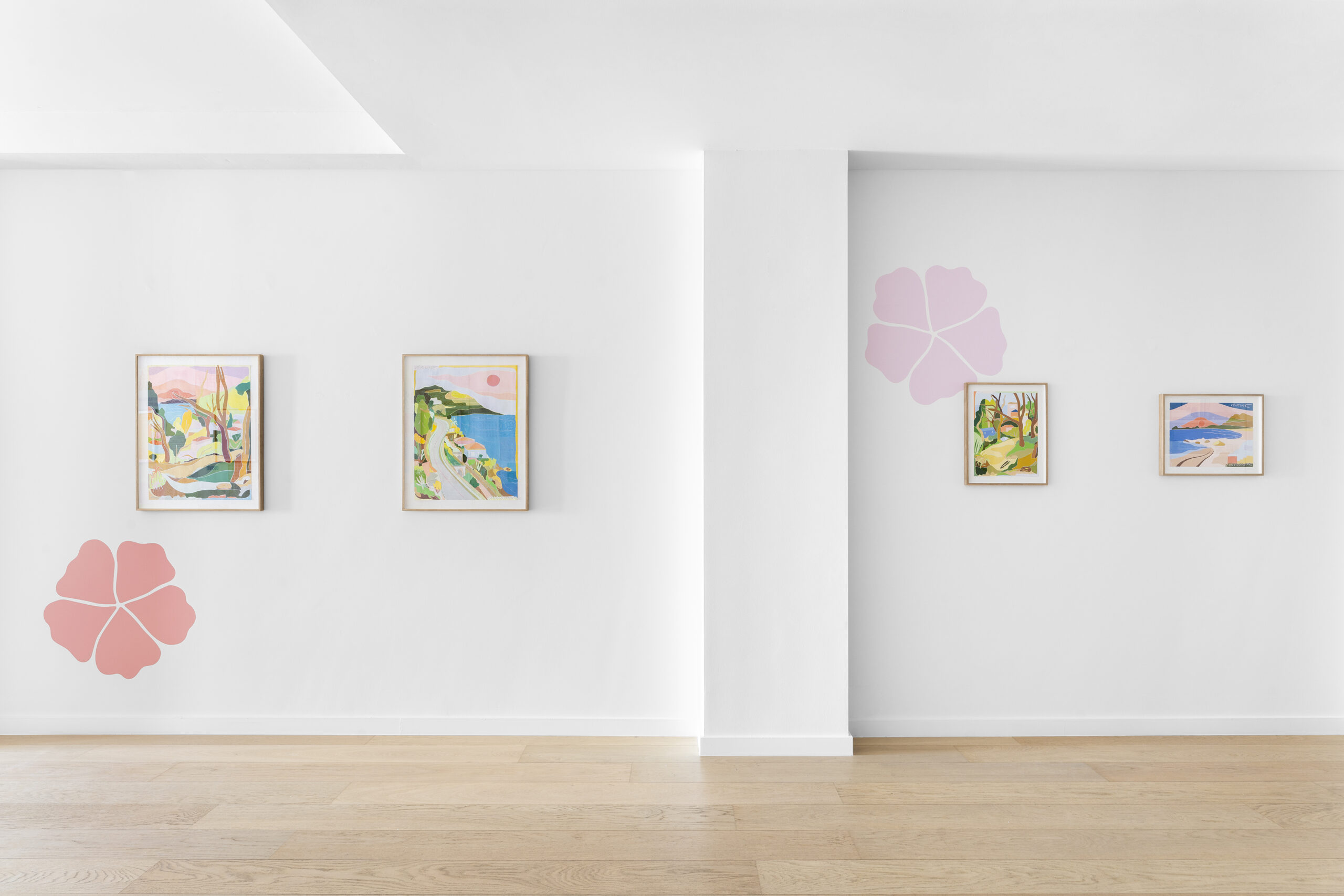 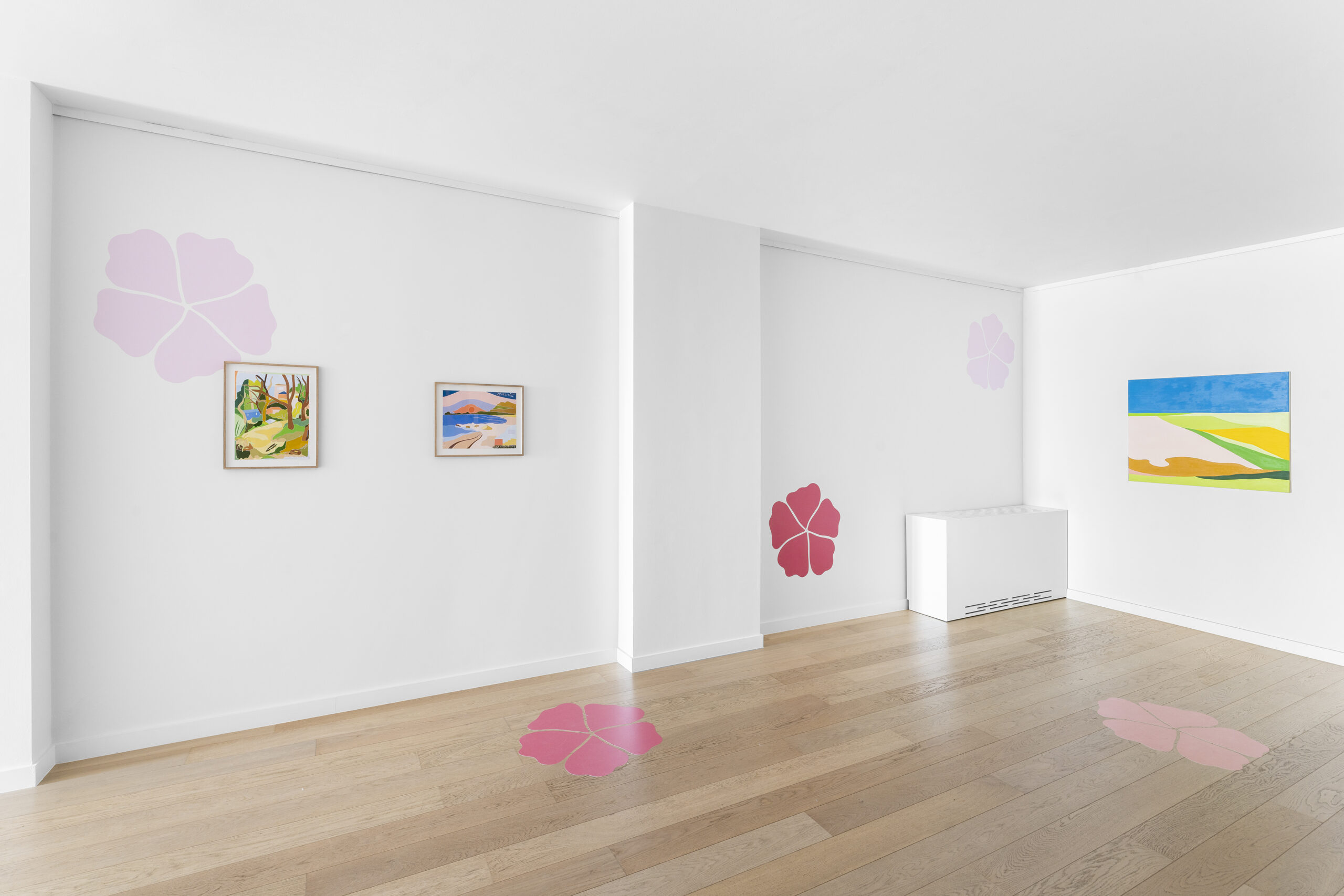 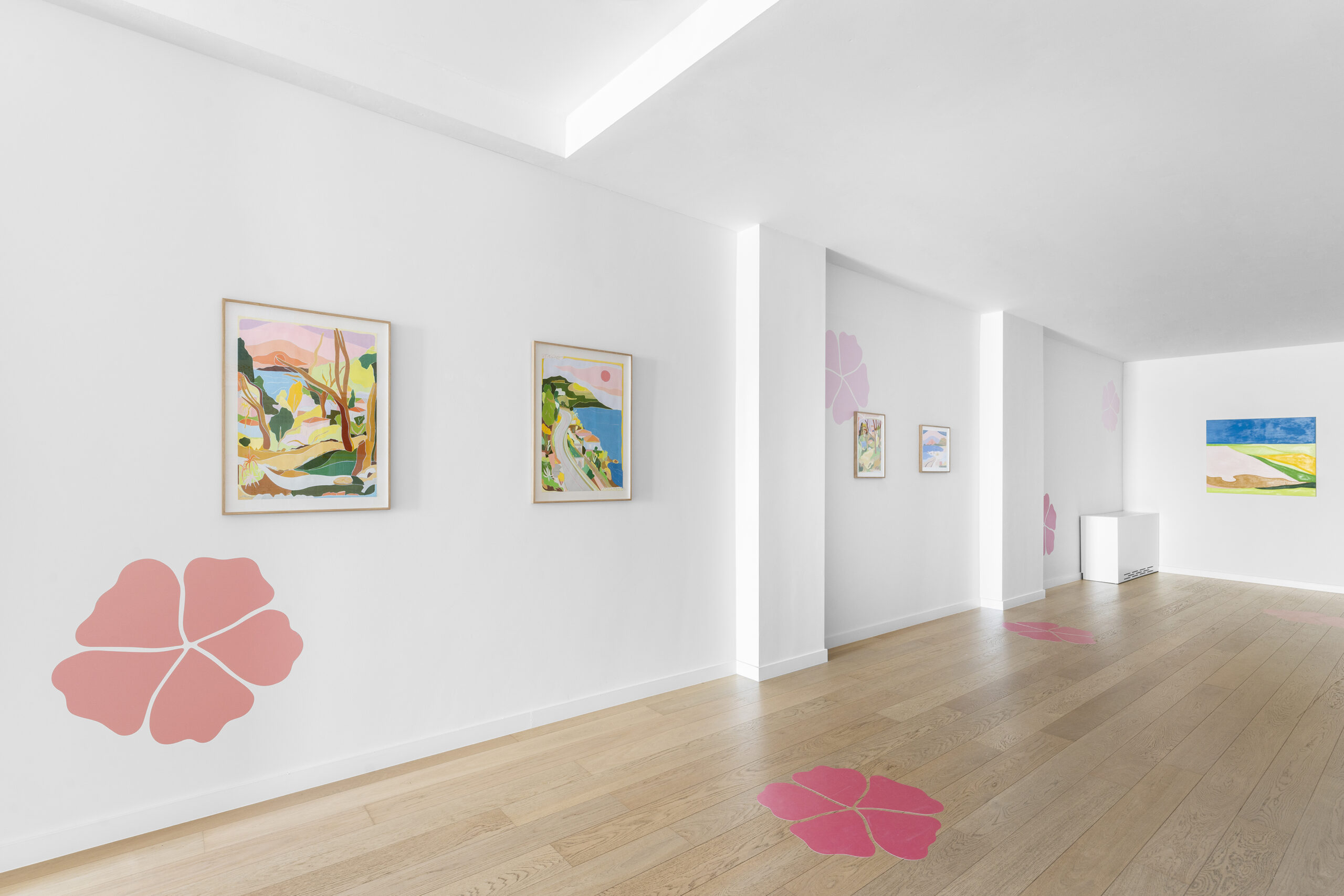 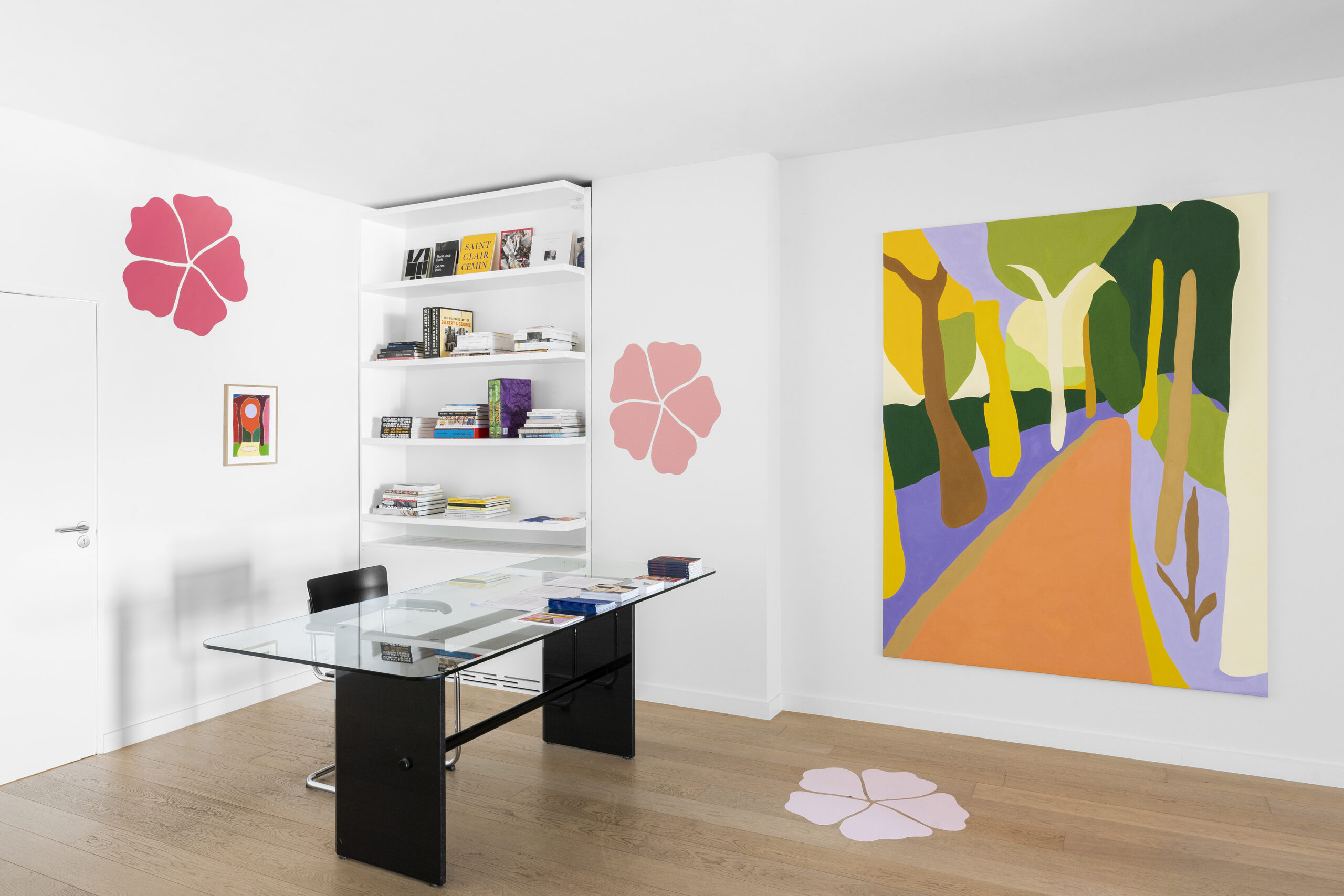 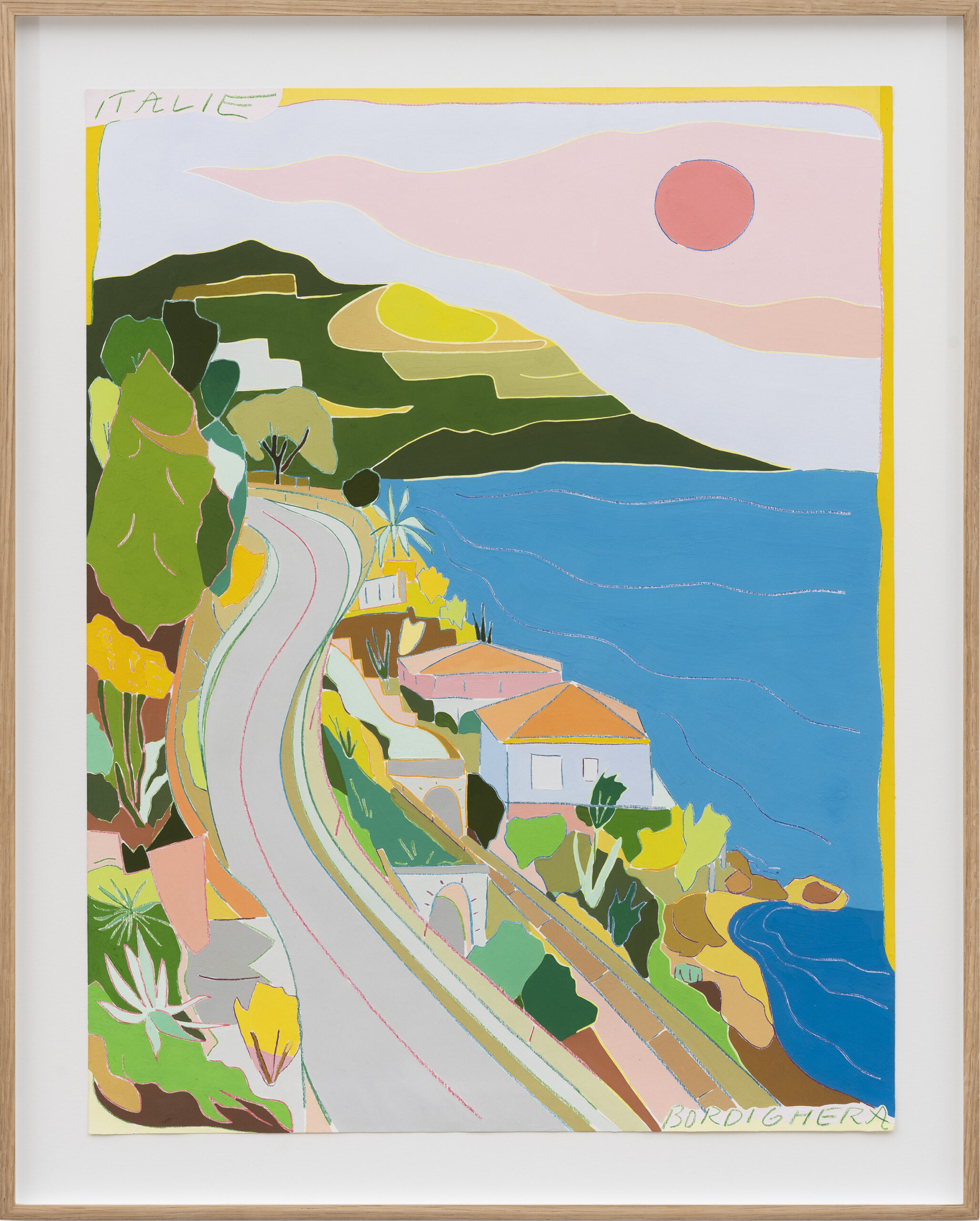 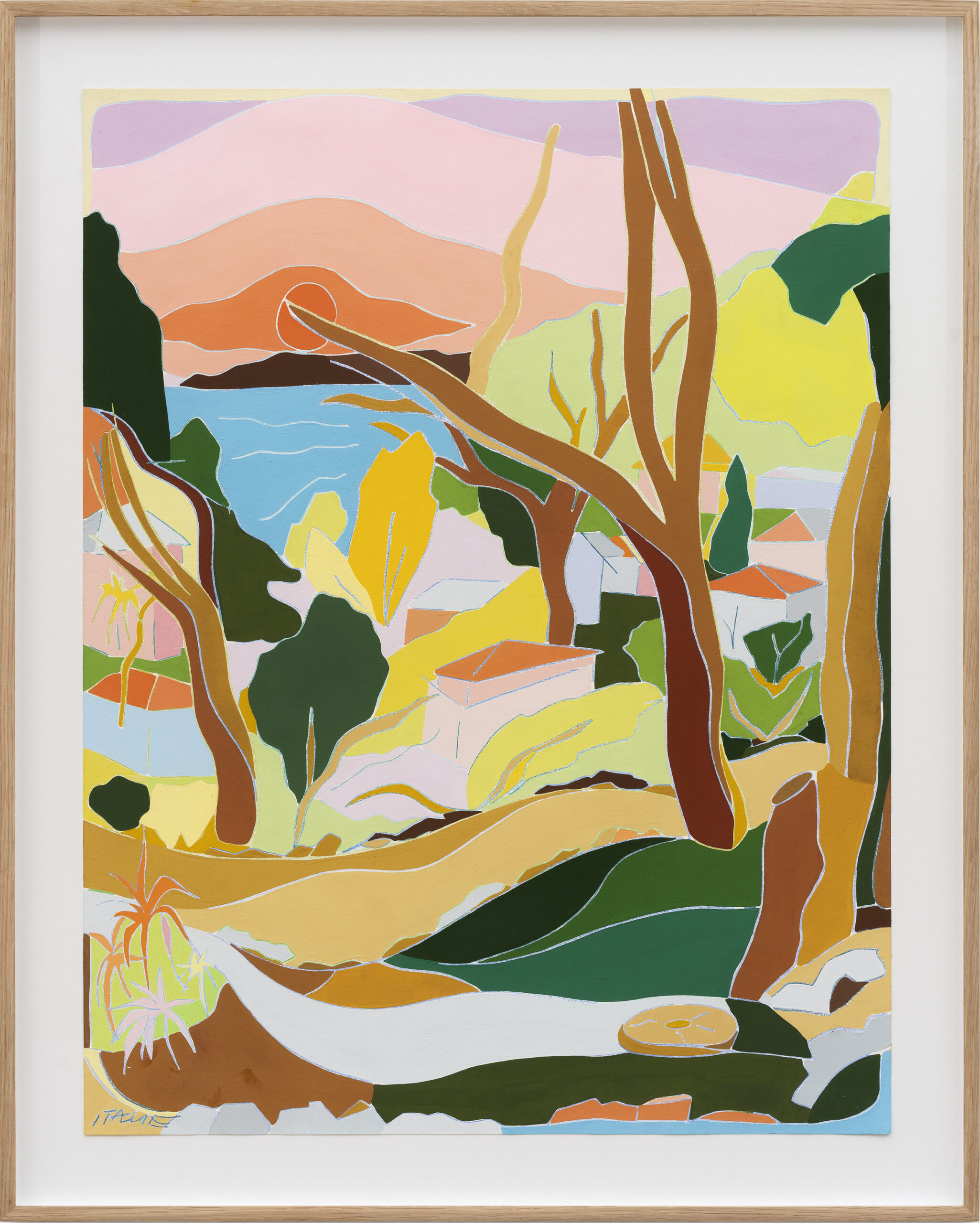 It is four years now I have been living in Europe. I left New York in April 2018, and after residencies in Switzerland & Berlin I settled in Brussels in August.

The move abroad marked the beginning of a period of broad personal and artistic exploration, into previously unchartered territory in my practice.

My painterly approach dispersed in a multitude of directions – onto varied supports, with a plethora of mixed-in materials, incorporated in full installations. Synchronized dissonance and fissures all around, the ideas fell through.

That which started on the floors – ended up on the walls, and vice versa.

I experimented with botanicals – introducing flowers, teas, and other natural elements into my exhibitions. In self-analysis, I incorporated mirrors. Furniture unfolded from recycled home building projects. My creative universe of years prior unpacked and rebuilt itself all around me.

My first show in Brussels – La Lune Lavande – featured oversized wall motifs pulled from the oil paintings on view. The flower vinyls in Knokke are based on one of these wall paintings – a soft hibiscus, flattened to a pop aesthetic.

Soon thereafter came my show Jardin du Midi, in which I filled the entire floor of the gallery with 65 kilos of French lavender, speaking on the weight and precarity of human existence; a meditation on death and rebirth – an homage to Felix Gonzalez-Torres’ Placebo series.

Other solo exhibitions include Homme Allongé and Château de Sable in Brussels, Touch and Go in Kortrijk. Furniture and frottages, curtains and carpets, drawn and painted within immersive environments – I engulfed mediums I had never previously tapped into. It was a full, expressive period of vast physical and conceptual artistic expansion.

As we weave through past exhibitions, I bring you to the current Paradisiaque – which functions as a mini-retrospective of my creative presentations made in Belgium. On view are the winding roads of Northern Italy, brutal coastal sunsets, forest canopies of Kent, UK, a minimal Zwin landscape and two enormous sand and oil paintings from Hasselt, BE.

Paradisiaque could be considered my Belgian Best of mixtape. Compiled as an accumulation of these varied experiences, as a horizontal plurality leaning into the realm of healing and holistic medicine through botanical intervention – questioning the life cycles of nature and humankind through mapping representations of regeneration and protection.

It is my expression of my contemplation of a life lived abroad – simultaneous happenstances, sliding between considerations of past, present, and future versions of self and surrounding spirits. All within a floating immersion in a gallery-sized fishbowl of hibiscus tea, surprisingly open though unrehearsed.