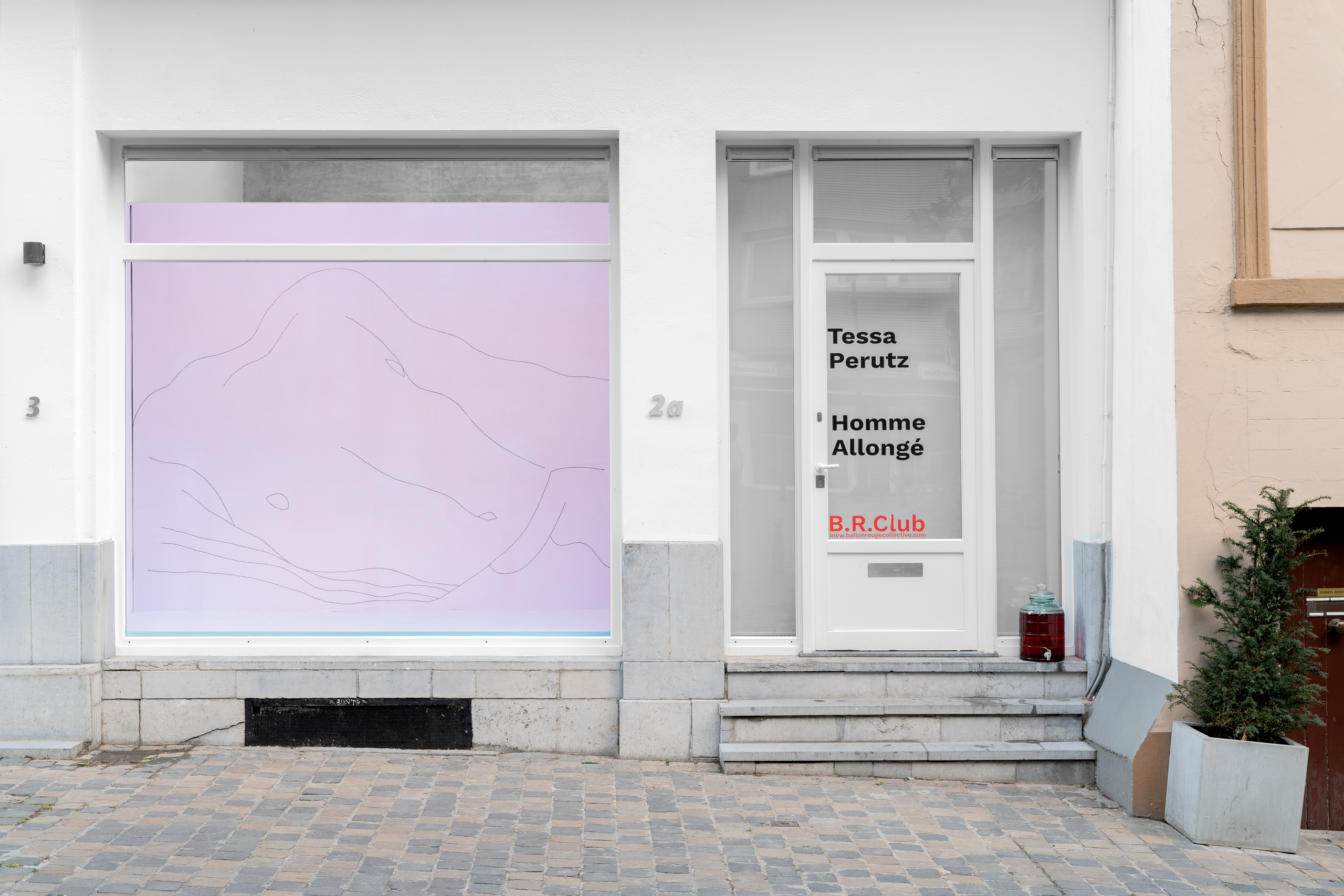 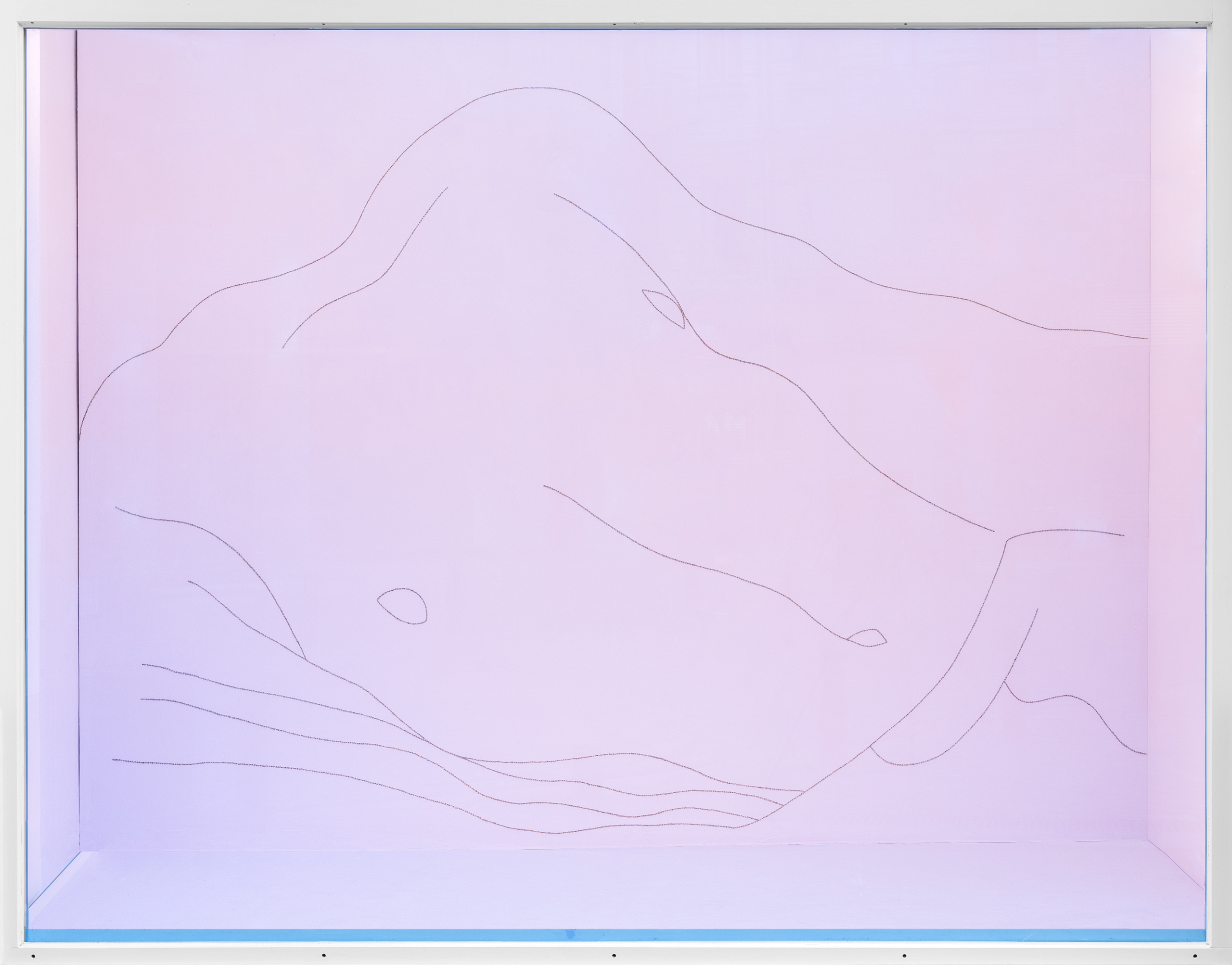 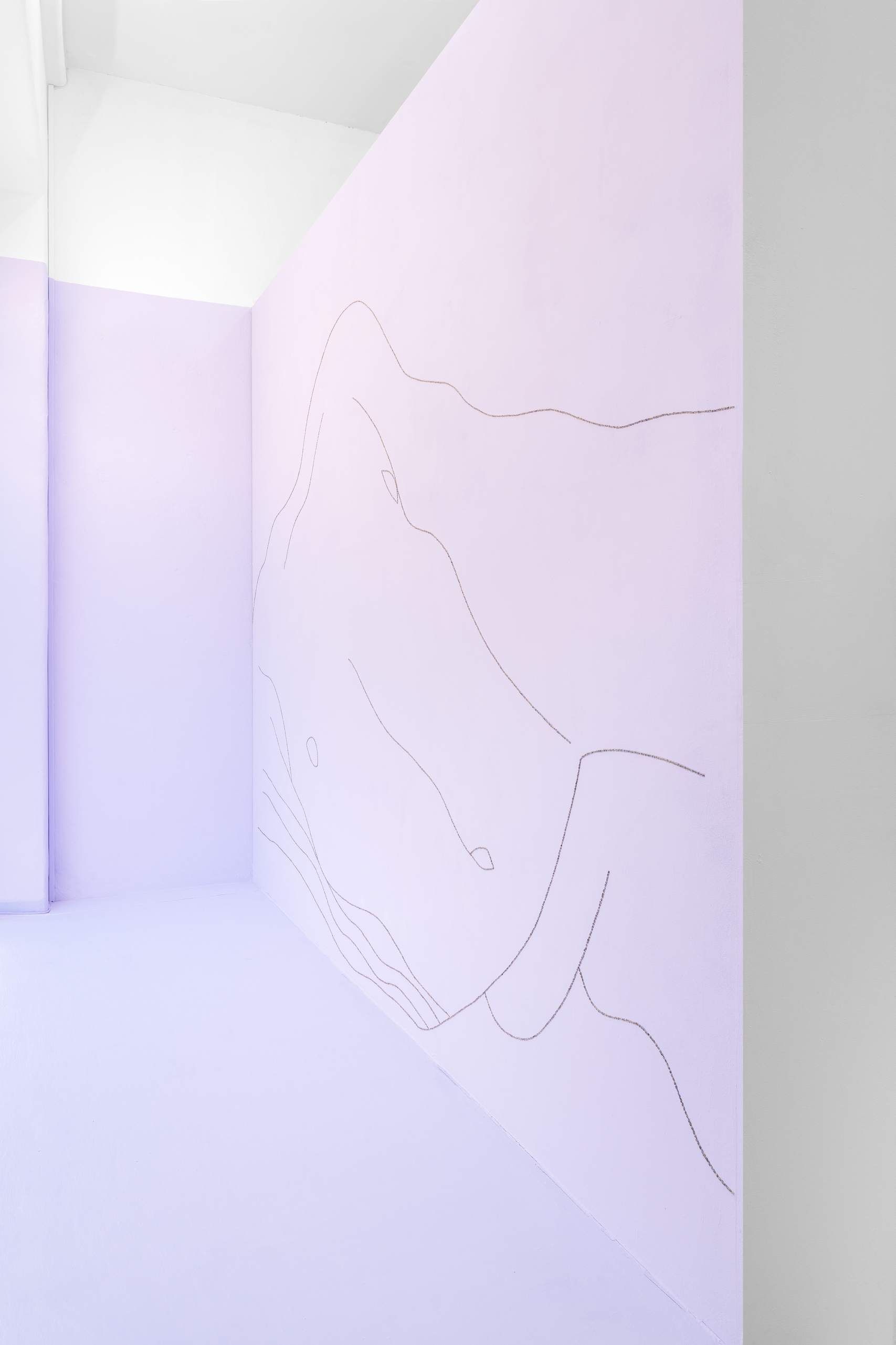 Ballon Rouge is pleased to present Body, a series of solo exhibitions at our Club’s vitrine in Brussels, with work by Tessa Perutz (June 6 – July 5), Samantha Rosenwald (July 8 – August 2), and Murat Onen (August 5 – 30). The exhibitions will be on view 24/7 in our vitrine at 2 Place du Jardin aux Fleurs.

Initially, Body was a group exhibition set to open in June in Istanbul; a sexy summer show about the body, the gaze, and desire.

Despite COVID’s destructive path, the concept has not changed – yet, inadvertently the relative meaning has changed very much. This series of exhibitions remains about the body and the gaze, but now desire is imparted with fear, and the body is not only sexual but also clinical.

Tessa Perutz’s “Homme Allongé” is our first presentation, from June 6 – July 5. Tessa’s fragmented and often Fauvist landscapes depict colors dancing in form as if in a hallucination. Her works have always emoted the presence of life within them; demanding the suggestion of an observer in the deciphering of their unwieldy reality. Recently she has started to portray the body itself as a landscape, depicting human curvature in mirroring peaks, fields, and valleys. In this way she is referencing another tradition as steadfast as the landscape, in looking to the reclining figure, the “Homme Allongé.”

In the vitrine, Tessa traces a male body, an “Homme Allongé,” made up of glued lavender flowers-cum-lines upon a lavender painted wall. These flowers have been repurposed from a recent solo exhibition where she poured 65 kilos of lavender flowers onto the floor of the gallery. A fully sensory experience, this was also a nod to holistic medicine and herbalism, to kitsch, to natural life cycles, while also referencing Felix Gonzalez-Torres‘ ‘Placebo’ candy piles.

Similarly, she mixes paint with sand, and integrates the lavender flowers into canvas and paper works as well. Inherently Tessa’s works are becoming not only visually stimulating but also tactile and sometimes olfactible. While the colors are supra-natural, the visuals and scents are of the earth. Here is the space in which Tessa’s works inhabit – navigating otherworldly, dream-like states while investigating the very real everydayness of her subjects.

For the Body series, Tessa’s “Homme Allongé” is about reversing the male gaze, about pinpointing the fragility of human existence, about desire, and the ubiquitously popular natural healing properties of lavender products – in oils, candles, soaps and the like. At a distant glance, the vitrine will look like an abstract image laid atop a lavender wall. When closer, the viewer will feel the enormous presence of a man’s body laid out, and the fluidity of the connected lavender flowers creates a hypnotically rolling, calming effect. What better color to describe our current time than lavender? Both warm and cool. And, what better color to describe bodies and desire in a time when bodies evoke fear? As a combination of red and blue it is both passionate and restrained, distant.